Selling out its original run at Southwark Playhouse for CASA Festival 2017, Stardust shines an unflinching light on Colombia’s heart of darkness. Mixing together new writing by Immersive Ensemble founder Daniel Dingsdale, physical theatre and hand drawn animation, Blackboard Theatre have a created an irreverent and impassioned investigation into the human cost that cocaine production and consumption has both in Latin America and further afield.

Provoked into action by the painful stigma left by the narco history of his country, Colombian artist and Blackboard founder, Miguel Hernando Torres Umba, unravels his own and the western world’s responsibility for a trade that kills thousands in his homeland.  Bringing together contrasting stories from a range of Colombian voices Blackboard tells the story of the chain of lives and deaths that turns a coca leaf, sacred to indigenous communities in Latin America, into a line of coke on a mirror in the western world. 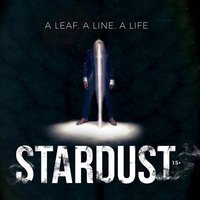 ‐ ‐
No user reviews
Be the first to review it