Slavery may have been abolished in 1833, but in the nineteenth and early twentieth centuries over 2 million Indian migrant labourers were indentured to work in plantations around the world. The workers boarded ships that would take them thousands of miles from home in search of ‘a better life’, while the abolitionists, and Indian nationalists, called this a ‘new system of slavery’ and the ‘international shame of the Indian’.

The roots of our Mauritian, Asian-Caribbean, Malaysian & Asian-African communities are all buried in this history, known as THE GREAT EXPERIMENT.

As award-winning theatre-makers Border Crossings create their new play about these indentured migrations, the company of actors from Mauritius and the UK begin to feel the weight of history in their own lives and their responsibility to the past. Join them as together they question who has the right to tell a story and who has the right to be heard. 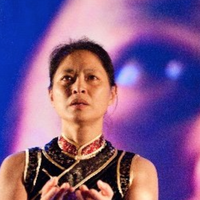