He is, but he’s had practice. He wrote 12 plays before his first was staged. The output is considerable, but he manages it with never a dip in quality. That is quite a feat. He also has the rare trick of being a playwright who tests the really pressing issues (Love, Love, Love was about generational inequalities; Albion was the first big play about the Brexit vote) but is also popular. Unlike some playwrights he’s never been wildly in fashion, but then he’s also never out of fashion either. That’s the way you sustain a proper career as a playwright.

Why is he in the news?

Where have you been? Over the next few months, he has a hat trick of plays on at significant London theatres. That’s rare. 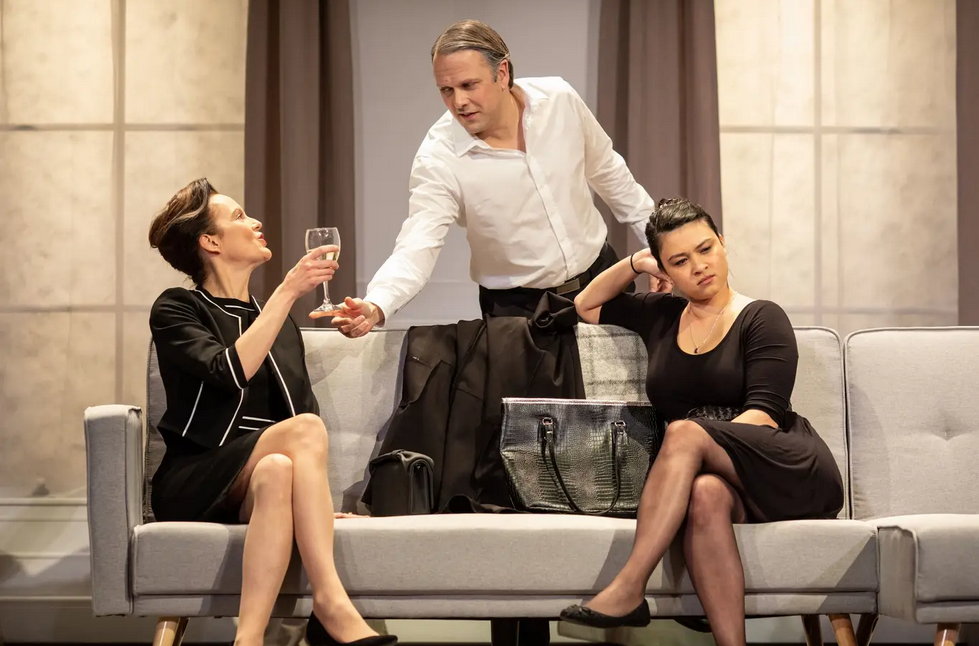 From the 2020 production of Love, Love, Love at Lyric Hammersmith. Photo by Helen Maybanks.

So, he’s the revival king?

No, two out of the three are brand new. The 47th, on at the Old Vic from March, is a blank verse play set in the US during the presidential election, directed by Rupert Goold and starring Bartlett favourite Bertie Carvel (he was the husband in the Medea-inspired TV series, Doctor Foster) as Donald Trump.

Scandaltown at the Lyric Hammersmith (from April 7), is a satire on post-pandemic London very much in full Restoration mode. One of the characters is called Miss Phoebe Virtue.

Cock at the Ambassadors from March 5 is a revival of the 2009 Royal Court hit about male identity and desire.

I am going to feel embarrassed ringing up the box office saying I want to see Cock on March 24th.

Why not book online via the ticketing links at the end of this article? You should because it’s directed by Marianne Elliott (last in the West End with the gender switched Company) and it’s got a tasty cast: Jade Anouka, Jonathan Bailey (Bridgerton star and a brilliant Jamie in Company), Phil Daniels and Taron Egerton, who played Elton John in Rocketman. 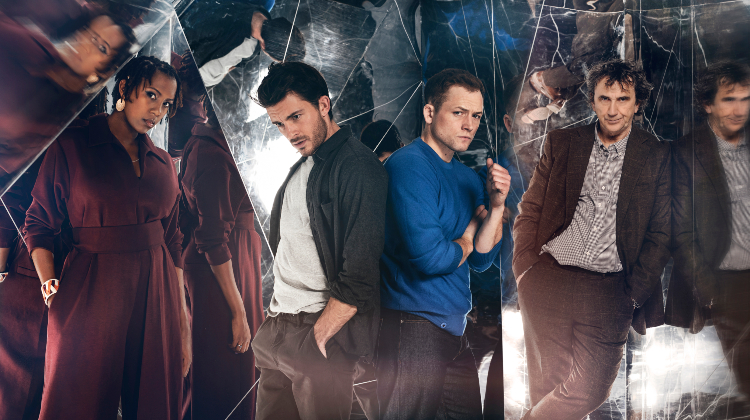 The cast of Cock at the Ambassadors Theatre. Photo by Matt Crockett.

Did I read that right? The 47th is written in verse? How very retro.

Actually Bartlett has got form—good form at that—in writing in verse. His production of King Charles III, about the accession to the throne of the Prince of Wales, was written in blank verse: 'But now I'll rise to how things have to be/the Queen is dead, long live the King. That's me.'

Did it get better?

Infinitely. In fact it was massive hit transferring to the West End and Broadway. “Bold, brilliant and unstoppably entertaining,” declared The Times. The scene where Prince Harry discovers the supermarket Scotch egg is memorable. Lydia Wilson, who played Kate Middleton in that production, will be Ivanka Trump in The 47th.

You say Scandaltown is a contemporary restoration comedy?

It is, and one written to celebrate the re-opening of theatres while also casting a jaundiced eye at the hypocrisy of the political elite and our obsession with fame. If that's not juicy enough for you, it is directed by the excellent Rachel O’Riordan, who did such a great job on the revival of Love, Love, Love at the Lyric in 2020. Don’t make the mistake of overlooking it. In fact, why not book for all three and become a Bartlett specialist.

What to say about Mike Bartlett?

Under-rated but never ever underwhelming. This is a playwright who always delivers and often in surprising ways.

What not to say…

When will his Prince Andrew epic in rhyming couplets be ready?

Enjoyed this article?
Follow Lyn Gardner’s weekly picks on the app.
Follow on Stagedoor
Content exclusively available on the Stagedoor app.
Search for the app on the App Store or the Google Play Store.