Let us take you through an oddly melancholic dream as we as we journey into the depths of hell and escape to a distant world.

Combining found text, art animation, dance and an original soundtrack, PSYCHOPOMP is the typical heroic sci-fi quest, cut up and redistributed with a female protagonist. Constructed in sharp, abstract, cinematic chapters and entirely soundtracked with original Vaporware music, we follow a woman who journeys through a neon haze of nostalgia to the depths of hell in the technological age.

“I’ll leave a light on for you, pure as sunlight”

Vaporwave emerged in early 2010 as an art movement and a micro-genre of electronic music. It incorporates early internet imagery, late 1990s web design, glitch art and cyberpunk tropes. Sometimes defined as ‘a half-remembered dream of an unfamiliar world’, Vaporware tells a narrative through music, pushing the listener to feel inexplicable things.

Gaming culture and Vaporwave are predominantly male-orientated. PSYCHOPOMP is a badass, female-driven addition to the culture. The performance samples and re-appropriates found text from sources including video game and science fiction film scripts, online gaming conversations and interviews with female gamers / women from the tech and programming industry. 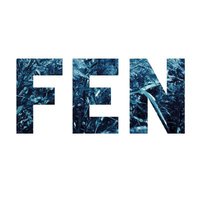