This fresh new production relocates from nineteenth century Salford to the year 1958. Rock and roll may have arrived, the youth revolution may be just around the corner, but in Henry Horatio Hobson’s shoe shop Queen Victoria might still be on the throne.

Their wireless and a secret treasured record player keep the three girls tuned to the hit parade, but when eldest daughter Maggie has had enough and breaks free, taking Willie Mossop the bootmaker with her, the younger sisters Vickey and Alice feel free to make their own escape from home and from ‘trade.’

John D Collins, best known for TV’s smash hit ‘Allo! ‘Allo!, plays Hobson. New songs by upcoming musicians Ben Goble with the Lockerbillies (Glastonbury 2017) echo the sounds of the time, from skiffle to Presley and from Doris Day to Jerry Lee Lewis. And with the voice talents of Lucy Robinson (Best Exotic Marigold Hotel, Bridget Jones: The Edge of Reason) as Mrs Hepworth.

Previous tours from mtp include Salad Days, Tomfoolery and Noel and Gertie. Hobson’s Choice is presented by special arrangement with Samuel French Ltd. 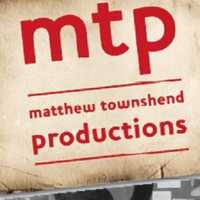