In Sadler’s Wells x Candoco Dance Company, delve into the company that is at the forefront of the conversation surrounding dance and disability.

Second, watch an on-demand screening of Let’s Talk About Dis, choreographed by Sadler’s Wells New Wave Associate, Hetain Patel. Let’s Talk About Dis is a humorous and intimate work, exploring identity and the slippery notion of political correctness. The work builds on an exploration of the dancers’ personalities and bodies, and is a playful interrogation of identity that probes the audience to think beyond surface appearances. Let’s Talk About Dis will be available from 7:00 pm BST on Thursday 26 November to 7:00pm BST on Thursday 3 December on Sadler’s Wells’ Facebook page and YouTube channel and will be available with audio description on YouTube.

Third, Sadler’s Wells Digital Stage and Candoco present a special new digital commission in collaboration with the Alternative Limb Project, founded by Sophie de Oliveira Barata and using the unique medium of prosthetics to create highly stylised wearable art pieces. Together they will present a dance film, co-created by Candoco’s Artistic Director Charlotte Darbyshire, Sophie de Oliveira Barata and dancer Welly O’Brien, exploring the concept and changing perception of time and featuring a bespoke alternative limb created especially for Welly by Sophie and her specialist team. This unique limb is carved from cherry wood and features a working cuckoo clock and pendulum, creating both a nostalgic and contemporary feel. The film will be available on Sadler’s Wells YouTube channel and Facebook page from Monday 30 November. 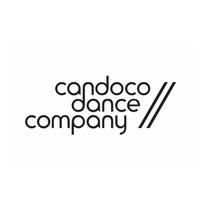