Kalila Masri is a woman on the cusp of thirty and a life-changing decision, will she have a child with her partner, Charlotte? She wants to say yes. She does say yes. But Kalila has always struggled with reconciling her identity as British with being a Muslim. Her mother is concerned she can’t handle it, Charlotte is convinced everything will be fine, and both of them just want Kalila to finally commit to... something.

An out of the blue confrontation with her estranged father completely derails Kalila and she is left asking the big existential question: Who am I?

She’s a Londoner, she’s British-Asian, she’s a millennial, she’s fallen in love with a woman, and she’s a Muslim. But what does all that mean and what does she really want? And is it too late to figure that out?

A new play by Iskandar R. Sharazuddin and directed by Mingyu Lin that looks at what it means to come from a mixed cultural heritage. A piece that explores identity, class, and faith through interpersonal dynamics and character led writing. 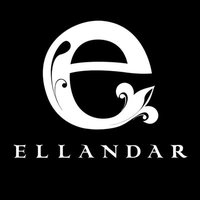